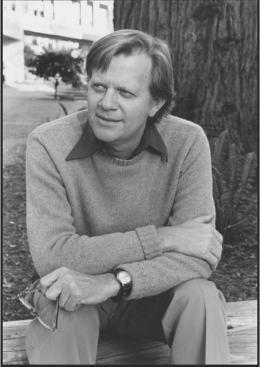 Historians of the late nineteenth century were quick to disassociate their discipline from literature, arguing that historical writing was like scientific analysis. History does not have “aesthetic forms”—it was not a “narrative.” History was a science.

But by late twentieth century, theorists and historians were beginning to emphasize—or perhaps re-emphasize—the links between history, narrative, and rhetoric. This was the “revival of narrative.” These theorists claimed that narrative served to “impose coherence, continuity, and closure on the messiness of life and of the historian’s sources,” as Elizabeth Clark put it in her History, Theory, Text: Historians and the Linguistic Turn (2004). Most prominent of these revivalists were Arthur Danto, Louis O. Mink, Paul Ricoeur, Paul Veyne, Lawrence Stone, Carlo Ginzburg, Roland Barthes, and Hayden White. Danto, for example, in his Analytical Philosophy of History (1965) argued that “history tells stories.” The historian may not reproduce the past, but they clearly “organize it through stories that provide historical significance for events; the scattered bits of ‘history-as-record’ become evidence when they are supplied with a narrative.” Likewise Ricoeur argued that history has a narrative character, and that it would be meaningless “if there were no connection to the basic human ability to follow a story.” Stone’s essay, “The Revival of Narrative: Reflections on a New Old History” (1979), was even more explicit. The growing interest in narrative, according to Stone, “signaled the rejection of the attempt to find scientific explanations for historical change, and of deterministic models of explanation that failed to ask the larger ‘why’ questions.” And Barthes “challenged historians to admit that narrative history did not substantially differ from the ‘imaginary narration’ of the novel or drama.” Historical discourse, moreover, is a “form of ideological elaboration insofar as it is the historian who organizes language to fill out an otherwise absent meaning.”

Hayden White’s Metahistory (1973) continued to challenge the “view that history operates in a manifestly different mode from literature.” Focusing on the historical work of Michelet, Ranke, Tocqueville, and Burckhardt, and in relation to Hegel, Marx, Nietzsche, and Croce, White “posited that their work culminated in an “Ironic’ historiography, characterized by ‘skepticism in thought and relativism in ethics.'” The histories of these men, says White, are characterized by four modes of linguistic prefiguration (Metaphor, Metonymy, Synecdoche, and Irony), four theories of truth (Formism, Mechanism, Organicism, Contextualism), four archetypal plot structures (Romance, Tragedy, Comedy, Satire), and finally four ideologies (Anarchism, Radicalism, Conservatism, and Liberalism).

The most important point here is that White claimed that “the differences in historians’ conclusions when working with the same data…can be attributed to the different ways in which they prefigure the historical field; these differing prefigurations entail metahistorical presuppositions and varying ‘strategies of explanation, emplotment, and ideological implication.'” These “tropes distinguished whole modes of historical thought.”

The theory of tropes [writes White] provides a way of characterizing the dominant modes of historical thinking which took shape in Europe in the nineteenth century…For each of the modes can be regarded as a phase, or moment, within a tradition of discourse which evolves from Metaphorical, through Metonymical and Synecdochic comprehension of the historical world, into an Ironic apprehension of the irreducible relativism of all knowledge.

Or as Clark summarizes, “every work of history has embedded within itself a metahistory insofar as the author has already chosen, well before the so-called writing stage, the tropological mode in which the book is to be composed.” Later, in a interview with Ewa Domanska in 1993, published in his book, Encounters: Philosophy of History after Postmodernism (1998), when asked if Metahistory was a kind of rebellion against positivism, White replied:

Yes, that is right, exactly, it is against positivism, against a positivistic notion of history. The discipline of history is systematically antitheoretical. Historians think of themselves as being empirical, and they are, but they are not philosophically empirical. They are empirical in a commonsense way—in an ordinary, everyday why.

In other words, its central aim was “to deconstruct a mythology, the so-called science of history.” After Metahistory, White would continue to explore the rhetoric of historical writing. In later writings White would insist that narrative is not neutral. Rather, it “entails ontological and epistemic choices with distinct ideological and even specifically political implications.” Narrative is thus “inextricably bound to issues of authority.” It is no wonder, as Clark puts it, “that dominant social groups have always wished to control their culture’s authoritative myths and have championed the notion that social reality can be both lived and understood as a story.”