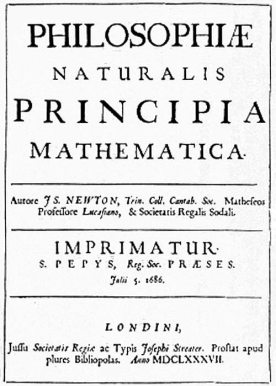 Themes from Andrew Cunningham’s 1988 essay were further developed in his “How the Principia Got its Name: Or, Taking Natural Philosophy Seriously,” published in 1991. Cunningham wants to concentrate on Isaac Newton’s famous Philosophiæ Naturalis Principia Mathematica (1687), particularly the phrase “natural philosophy” in the title.

Cunningham admits that he is doing nothing new by emphasizing Newton’s theology. By the early 1990s, many scholars had already pointed out Newton’s unique and voluminous theological musings. But many historians of science continue to characterize natural philosophers as religious men in a religious age doing “science.” But this is a mistake. The point Cunningham wants to make in this essay is that, by contrast, the projects of natural philosophers were always “about God and His creation, because that is what the point of natural philosophy as a discipline and subject was.” Indeed, “each and every variety of natural philosophy that was put forward was an argument for particular and specific views of God.” Reiterating his point from the previous essay, Cunningham claims that “modern science does not deal with God or with the universe as God’s creation.”

Newton, therefore, cannot be turned into a “scientist.” He was motivated, for example, to create a natural philosophy against the perceived atheism of Rene Descartes’ (1596-1650) natural philosophy. Indeed, Newton had clearly informed Richard Bentley (1662-1742) in 1692 that “When I wrote my treatise about our Systeme, I had an eye upon such Principles as might work wth considering men for the beleife of a Deity & nothing can rejoyce me more then to find it usefull for that purpose.” And, in responding to to Gottfried Leibniz’s (1646-1716) condemnation that his own work was atheistical or materialist, Newton published his General Scholium in the second edition of the Principia, where he explicitly claimed that discourse about God “certainly belong to Natural Philosophy.”

When natural philosophy and natural philosophers of the seventeenth centuries are taken seriously, certain important consequences follow. First, according to Cunningham, figures such as Newton distinguished between natural philosophy, which deals with God and His universe (the book of nature), and religion, which deals with revelation (the book of scripture). Secondly, natural theology cannot be the same as natural philosophy; rather, natural theology derived its arguments from the findings of natural philosophy. Thirdly, the question now arises: “when and why people stopped looking for God in nature”? Cunningham does not provide an answer. He simply poses the question for future studies. And finally, we need a better understanding of the meaning of scientia, or “science” in the seventeenth century. Since Cunningham’s essay, many scholars have done just this. Most recently, Peter Harrison has traced the history of the concepts of both “science” and “religion” in his The Territories of Science and Religion (2015).

← What is Natural Philosophy?
The English Deists →