W. E. H. Lecky and the Progress of the Reformation 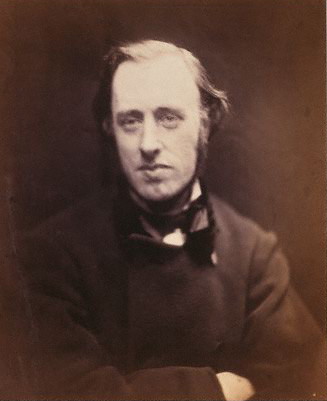 William E. H. Lecky (1838-1903) at any early age published a survey of the Religious Tendencies of the Ages (1860), which examined the contending religious parties in England—Roman Catholic, High Church, Evangelical, and Latitudinarian or Broad Church.[1] His aim was to “solve that great problem of theology, the legitimate province of private judgement.”[2] In other words, he sought to test each party against what he believed was the founding principle of the Reformation. He believed that Catholicism had suppressed private judgement, whereas Protestantism had encouraged it. Lecky himself subscribed most closely to the latitudinarian position. As Jeffrey Paul von Arx puts it, for Lecky latitudinarianism “was the latest expression of the traditional Protestant revolt against spiritual authority,” the very “culmination of the development of religious thought,” and the “basis for social and political unity and progress.”[3] The real religious force in England, according to Lecky, was latitudinarianism.[4]

While Lecky did not deny the existence of God, he did argue that the contending religious strife brought Christianity into doubt. But skepticism was not the answer. He wrote, “Truly there is no credulity like the credulity of unbelief.” The solution was what he believed was the moderation displayed in the latitudinarian position. Latitudinarians offered the “spirit of charity and of tolerance towards those with whom they disagree.” He insisted that “Protestantism and dogmatism are logically incompatible.” Systematic theology had “been the parent of almost all the errors and of a very large proportion of the crimes that have disfigured the history of Christianity.” Such a system was both “pernicious and irrational,” and thus had corrupted the simple message of early Christianity. Indeed, Lecky strongly believed that “primitive Christianity” was the very essence of the latitudinarian position. Thus, according to Lecky, latitudinarianism was not only the fulfillment of the Reformation, but the continuation of the primitive Christianity.[5]

These statements anticipated central features of Lecky’s more well-known work, History of the Rise and Influence of the Spirit of Rationalism in Europe (1865), which was an extended attack against dogmatic theology.[6] For Lecky, a liberal and nondogmatic Protestantism was essential for moral and religious progress. Thus like so many of his contemporaries, Lecky did not wish to eradicate religion, or even “true Christianity,” as he put it. A “true and healthy Christianity,” he wrote, cultivates “a love of truth for its own sake,” and inculcates a “spirit of candour and of tolerance towards those with whom we differ.” In other words, the decline of dogmatic theology and clerical influence was not inimical to religion at all—rather, it called on people to return to the “days of the Apostles,” and thus is a “measure if not a cause of its advance.”[7]

The history of rationalism, Lecky contended, revealed a general trend towards liberalism. In describing the triumphal advance of reason over superstition, rationalism had made extraordinary strides in Protestant countries. In short, by “rationalism” Lecky meant “Protestant Rationalism,” which was, he wrote:

the elevation of conscience into a position of supreme authority as the religious organ, a verifying faculty discriminating between truth and error. It regards Christianity as designed to preside over the moral development of mankind, as a conception which was to become more and more sublimated and spiritualised as the human mind passed into new phases, and was able to bear the splendour of a more unclouded light. Religion it believes to be no exception to the general law of progress, but rather the highest form of its manifestation, and its earlier systems but the necessary steps of an imperfect development.[8]

Lecky believed that “religion in its proofs as in its essence is deemed a thing belonging rather to the moral than the intellectual portion of human nature. Faith and not reason is its basis; and this faith is a species of moral perception.”[9] In the final analysis, Lecky believed that the decline of dogmatism and the waning of clerical influence was a measure of the advance of “true Christianity.”

← Reflecting on the Reformation
Thinking about Theological Anthropology →